Beneath the glaring advertisements and high rise complexes, Daido Moriyama wanders through the hot, crowded streets of Tokyo, attempting to capture a slice of its sensory overload.

One of Japan’s most influential contemporary photographers, Moriyama’s intimate connection with the city is strikingly clear. The intoxicating overstimulation is what he relies on, its clutter, chaos and grit breathing life into his work. The city is more than just his muse. Rather, it’s his aesthetic lifeline, as he states resolutely:

“I can’t photograph anything without a city.”

Yet, one step beyond the urban voyeur, Moriyama seems instead to immerse himself within the city. Stalking the bustling main streets and the forgotten back alleyways, he retraces the same routes over and over again. Shooting without stopping, he captures the details that grab his attention briefly before moving on, never focussing on one thing for too long. His camera reveals a city that lingers unobtrusively in the shadows. Forgotten and overlooked by its inhabitants, brief moments are caught in between the deafening surge of everyday life, the urban rush itself frozen within the frames.

Moriyama’s urgent move through the streets is one that perhaps truly encapsulates our own urban experiences; images caught in mere fragments as we hurdle through it, bombarded by a blur of sounds, smells and sights at every turn. Like our own, Moriyama’s experience in the city is nothing more than a flow of sensations and a stream of consciousness, and it is this that he attempts diligently to record with the compulsive click of his shutter.

His coarse black-and-white photos embrace, if not thrive, on this blurred, grainy haste with a raw sincerity. It’s as though, only in bypassing the conventions of representation, he can move beyond the surface of it all to capture a more visceral truth beneath. Forget Henri Cartier Bresson’s camera as an “extension of his eye,” Moriyama endeavours to take photographs with his “entire body.”

“For me, capturing what I feel with my body is more important than the technicalities of photography. If the image is shaking, it’s OK, if it’s out of focus, it’s OK. Clarity isn’t what photography is about.”

In this strive towards inner experience, Moriyama’s visceral aesthetic has continued further into the realms of gentle abstraction. If the city is a “stadium of people’s desires,” as the photographer claims, then he must document these yearnings as part of its reality. He focuses his lens on TV images and advertisement posters, their constructed fictions becoming just as real to his camera as the city’s streets and crowds before him. Other images squint through windscreens onto rain-swept roads or peer across jungles of wired fencing. Through these visual studies of form and texture, Moriyama strives to capture the very fabric of the urban experience that lies right under our nose, passing by unnoticed beneath the city’s shimmering, bustling veneer. 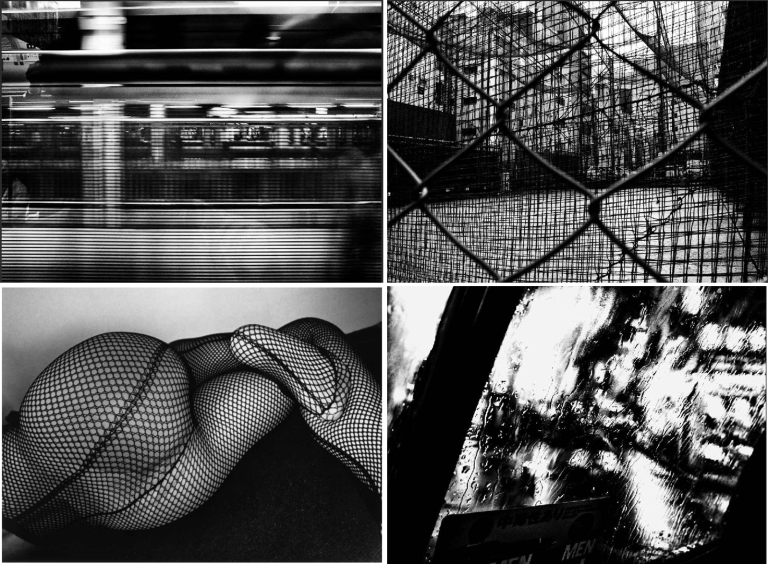 One thought on “Daido Moriyama’s Slice of Sensory Overload”